I am a pure mathematician interested in various aspects of geometry, topology, category theory, metric spaces and quantum algebra. I am a Catster and a host of the n-Category Café.

The Catsters consists of my colleague Eugenia Cheng and me. We have put up instructional YouTube videos on Category Theory.

My contact details are on my departmental webpage
You know that I write slowly. This is chiefly because I am never satisfied until I have said as much as possible in a few words, and writing briefly takes far more time than writing at length.
Karl Friedrich Gauss 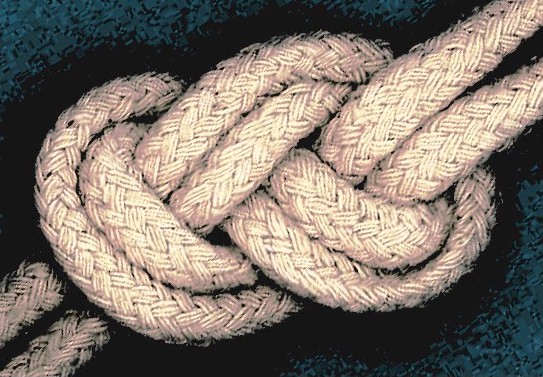 Selected writings at the n-Category Café

Torsion: Graph Magnitude Homology Meets Combinatorial Topology (Apr 11, 2018)
Work through an example of torsion in magnitude homology based on the work of Kaneta and Yoshinaga.
On the Magnitude Function of Domains in Euclidean Space, II (Mar 25, 2018)
Continue reading about the work of Gimperlein and Goffeng
Magnitude Homology Reading Seminar, I (Mar 19, 2018)
See the first in a Sheffield seminar series on the Leinster-Shulman paper on magnitude homology.
SageMath and 3D Models in Webpages (Dec 19, 2017)
Emded 3d models of surfaces into your websites using SageMath.
Lattice Paths and Continued Fractions II (Sep 22, 2017)
Contemplate further continued fractions.
Lattice Paths and Continued Fractions I (Sep 18, 2017)
Feel flabbergasted by Flajolet’s Fundamental Lemma
Schröder Paths and Reverse Bessel Polynomials (Aug 28, 2017)
See how the reverse Bessel polynomials (which make an appearance in the magnitude of balls) have a combinatorial interpretation.
Instantaneous Dimension of Finite Metric Spaces via Magnitude and Spread (Aug 5, 2017)
Download a talk on instantaneous dimension.
Barceló and Carbery on the Magnitude of Odd Balls (Sep 9, 2016)
Read about Barcel'o and Carbery’s calculation of the magnitude of odd dimensional balls, utilizing the potential theory developed by Meckes.
Categorifying the Magnitude of a Graph (May 13, 2015)
See how there’s a homology theory for graphs with magnitude as its Euler characteristic.
A Scale-Dependent Notion of Dimension for Metric Spaces (Part 1) (Mar 11, 2015)
Try to understand how dimension can depend on scale
Mathematics and Magic: the de Bruijn Card Trick (Jan 5, 2015)
Perform a magic trick using the power of maths.
Enrichment and the Legendre-Fenchel Transform II (May 22, 2014)
Get the second installment of how Legendre-Fenchel duality is an example of the profunctor nucleus construction.
Enrichment and the Legendre--Fenchel Transform I (Apr 16, 2014)
Remind yourself about basics of the Legendre–Fenchel transform.
Fuzzy Logic and Enriching Over the Category [0,1] (Mar 15, 2014)
Watch me try to understand fuzzy logic from an enriched category theory perspective
Galois Correspondences and Enriched Adjunctions (Feb 5, 2014)
Translate from category theory to order theory
Ends (Jan 5, 2014)
End your ignorance of ends!
Classical Dualities and Formal Concept Analysis (Sep 12, 2013)
Find out what algebraic varieties, convex sets, linear subspaces, real numbers, logical theories and extension fields have in common with formal concepts.
Formal Concept Analysis (Sep 2, 2013)
Have a peek at the notion of formal concept analysis
The Nucleus of a Profunctor: Some Categorified Linear Algebra (Aug 19, 2013)
Watch some linear algebra being categorified.
Torsors and enriched categories (Jun 3, 2013)
Read about a different take on torsors
Project Scheduling and Copresheaves (Mar 24, 2013)
Find out what PERT graphs have to do with enriched categories
Tight spans, Isbell completions and semi-tropical modules (Jan 20, 2013)
See how these three things are related.
The Spread of a Metric Space (Sep 5, 2012)
Read how this notion of size for metric spaces has some interesting properties.
Integral Transforms and the Pull-Push Perspective, I (Nov 7, 2010)
Start to see how enriched profunctors can be viewed as categorifications of integral kernels.
Enriching Over a Category of Subsets (Aug 30, 2010)
Discover how enriched category theory leads to the definition of some generalized metrics on the space of continuous functions on the unit interval.
On the Magnitude of Spheres, Surfaces and Other Homogeneous Spaces (Apr 21, 2010)
See the details of a new paper on the magnitude of metric spaces.
Modeling Surface Diagrams (Mar 24, 2010)
Watch some videos to see how I’m trying to make 3d models of categorical surface diagrams.
Intrinsic Volumes and Weyl's Tube Formula (Mar 12, 2010)
Read about how the volume of a tube around a surface in 3-space depends only on intrinsic invariants of the surface.
A Look at the Mathematical Origins of Western Musical Scales (Feb 26, 2010)
See how the rational numbers 2 and 3/2 gave birth to the Western musical scale.
More Magnitude of Metric Spaces and Problems with Penguins (Oct 10, 2009)
Learn about the tenuous link between emperor penguins and the magnitude of metric spaces.